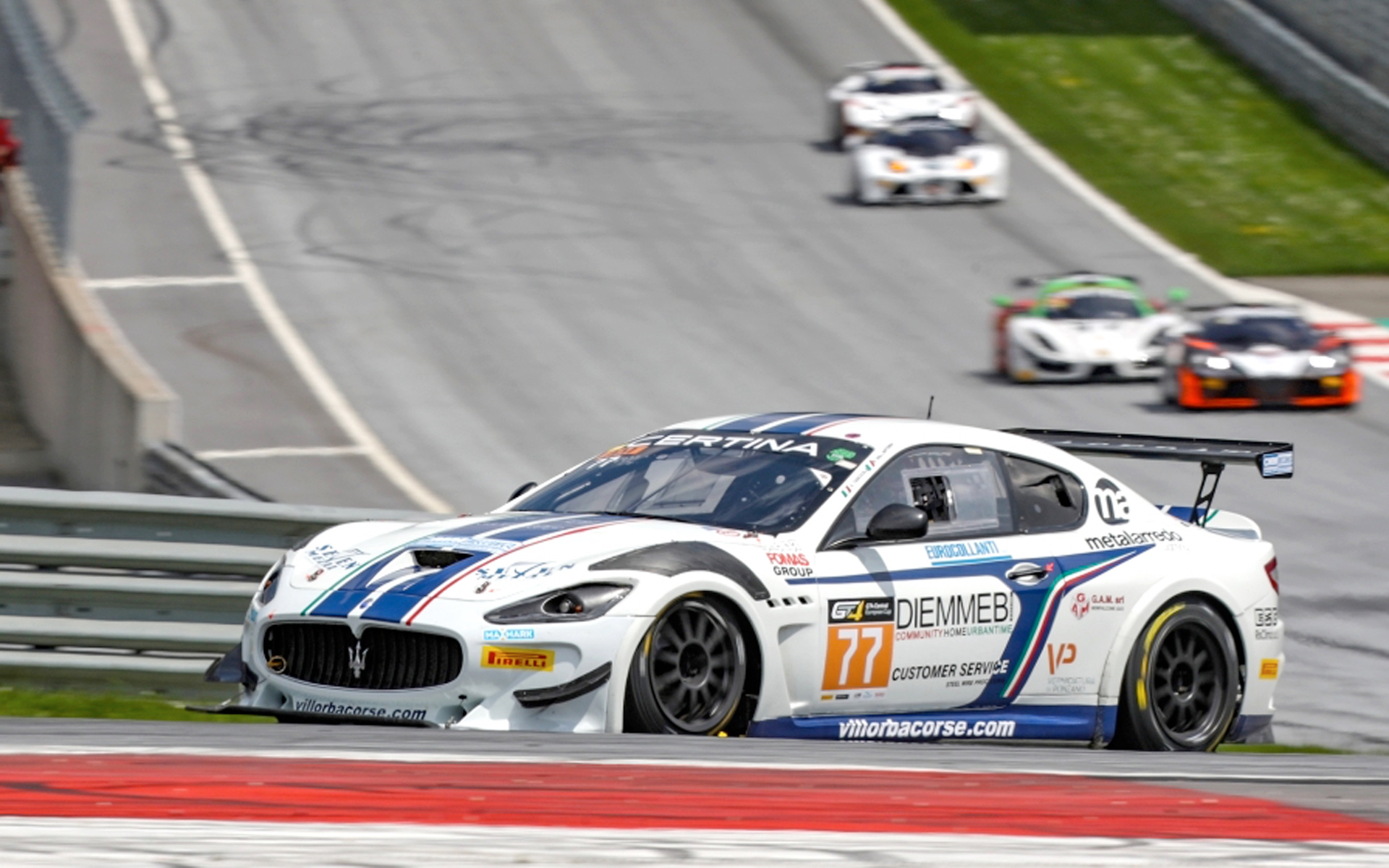 Treviso (Italy), June 28, 2018. The international commitments of Scuderia Villorba Corse restart at the Nurburgring for the third round of the 2018 GT4 Central European Cup. After the triumphal weekend at the Red Bull Ring one month ago, from June 29th to July the 1st the team led by Raimondo Amadio and that is part of SVC The Motorsport Group confirms two Maserati GranTurismo MC's for the German round of the new series promoted by SRO. The #77 Maserati will be shared by Giuseppe Fascicolo and Romy Dall'Antonia, the Italian crew that is leading the AM Cup standings also thanks to their amazing overall win clinched on race 1 in Austria. Polish drivers Piotr Chodzen and his son Antoni Chodzen will be back on the #50 Maserati trying to confirm their competitive 2018 debut at the Red Bull Ring, where they won the Pro-AM class on race 1. After Friday's free practice, two qualifying sessions will be held on Saturday morning, with race 1 starting at 13:40hs, while, after a warm up session in the morning, Sunday's race 2 will start at 13:00hs. Both races will be broadcast live on official site http://central.gt4series.com.

Team Principal Amadio says: “The third round of the season is going to be very interesting and competitive. We had a great weekend at the Red Bull Ring, where we took the lead in the standings, but on a track like the Nurburgring we will have to be very careful and concentrated again. Last season in Germany we had two positive races so the team hope to score valuable points to keep on doing well in the championship”.