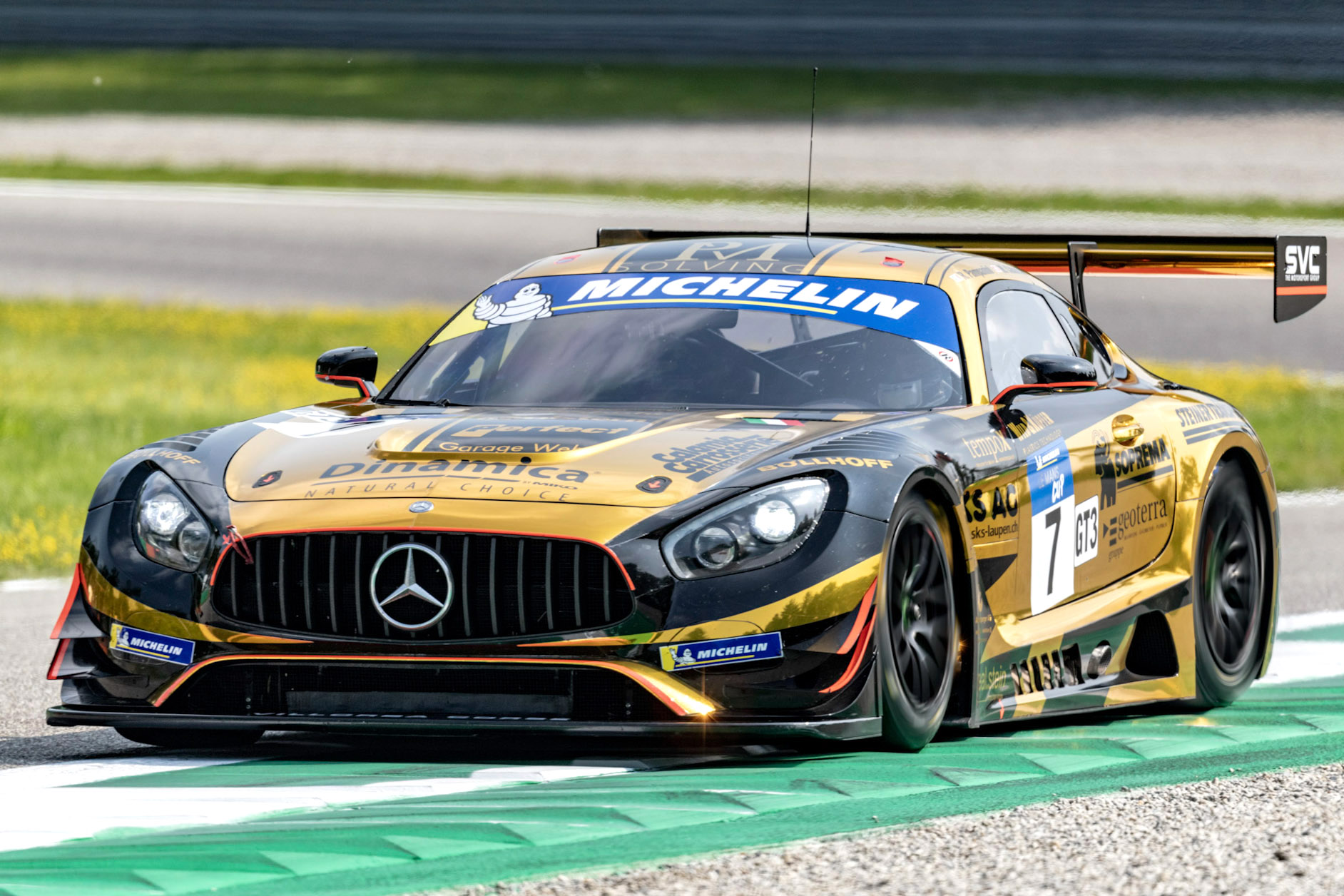 Double action during the weekend for the Italian team, that will take part in the Paul Ricard 1000 kms (Saturday at 18:00) with Calamia-Pampanini-Monaco preparing the Spa 24 Hours at Le Castellet and also in the Le Mans 24 Hours official test with the Dallara LMP2 of Lacorte-Sernagiotto-Belicchi.

Treviso (Italy), May 31, 2019. Scuderia Villorba Corse is getting back on track in France for a prestigious double commitment during the weekend of June 1-2. The Italian team is back in action at Le Castellet and Le Mans with its “maximum deployment of forces in an increasingly eclectic operation which represents one of the strengths of Villorba Corse, involved in several national and international series also thanks to SVC The Motorsport Group”, says Raimondo Amadio, Team principal.

At Le Castellet on Saturday the Italian team will take part in the Paul Ricard 1000 kms, a 6-hour endurance race that marks the return of Villorba Corse to the Blancpain GT Series Endurance Cup, one of the main international championships where the team clinched the title in 2014. It will be a crucial event for the #133 Mercedes-AMG GT3 entered in the Silver Cup class for Roberto Pampanini, the Swiss Mauro Calamia (together also in their 2019 Le Mans Cup campaign) and Stefano Monaco, 20-year-old Italian-Swiss driver who is emerging among the youngest rookies of the 2019 Porsche Carrera Cup Italia. The Paul Ricard 1000 kms will get underway on Saturday at 18:00 (live streaming available on www.blancpain-gt-series.com) ending around midnight and so representing an ideal race for the team to better prepare the 24 Hours of Spa, on July 27-28 the legendary round of the Blancpain GT Series which Villorba Corse is going to participate for the second time after its brilliant debut in 2014.

Another legendary race is the 24 Hours of Le Mans, whose 87th edition will take place on June 15-16. Villorba Corse is starting to prepare its third participation in a row getting on track on June 1-2 for the two-day official test with Roberto Lacorte, Giorgio Sernagiotto and Andrea Belicchi on the #47 Dallara P217 Gibson LMP2 in its Cetilar Racing livery.

Team principal Amadio adds: “At the Paul Ricard circuit Villorba Corse will be back to the main GT endurance racing while the team will be preparing the 24 Hours of Le Mans, where we want to get a significant result as this year's race will mark for us the last episode of the 'movie' Cetilar. We are pleased to get back to the Blancpain GT Series at Le Castellet. Congratulations to Stéphane Ratel and all his SRO professional staff for what he has managed to build over the years. We left as protagonists in 2014, winning the Blancpain GT Endurance Series Pro-Am title, and now we want to put the basis for our return to the Blancpain GT world, where we will invest to become protagonists again. This 1000-km race is a good test for the 24 Hours of Spa, that, one month after Le Mans, will represent another top event of our racing season. We are aiming not to make mistakes trying to improve all those procedures required, inside and outside the cockpit, by such a high level of competitiveness”.