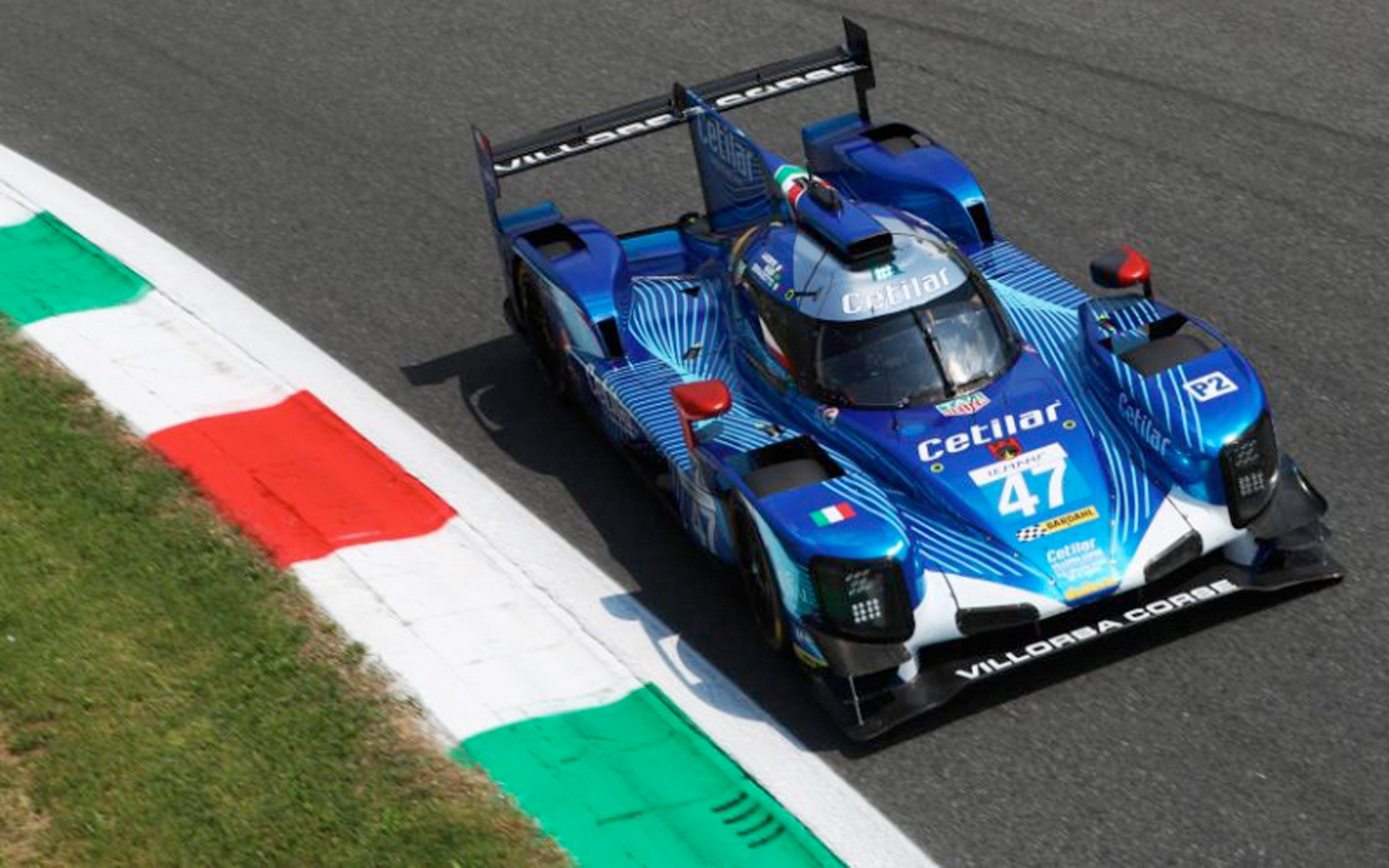 An excellent performance by Lacorte, Sernagiotto and Nasr on the Dallara LMP2 at the forefront from qualifying compromised by a red flag at the end. A great comeback in two steps during the race (broadcast live on Sportitalia TV) allowed the team to cross the finish line of their home race in ninth position before the next important rendez-vous in Le Mans.

A leading role at the 4 Ore di Monza for Cetilar Villorba Corse, which lived within the embrace of the Italian public the second round of the European Le Mans Series with the increasingly efficient Dallara P217 for Roberto Lacorte, Giorgio Sernagiotto and Felipe Nasr, the Brazilian former F1 driver at his debut in the series. The team has constantly been in the fight for the leading role in the series and has proven to have taken concrete steps forward and made good progress steps in view of the season highlight at the Le Mans 24 Hours.

In Monza the team stood out already from the qualifying, after a pole position within the reach of the Cetilar Villorba Corse drivers vanished due to a red flag which brought the decisive session on Saturday to an early end. The Italian team set off at the green light of the 4 Ore di Monza from the seventh row and the 14th time on the starting grid. A demanding race where strategy and concentration made the difference, characterized in the first half by long sessions behind the safety car, which limited the ascent of Dallara # 47. Subsequently, the three drivers gave life to a comeback in two steps: after climbing back up to third position, they unfortunately lost places due to the precious seconds left on the pit lane in a driver change which did not go perfectly. The final comeback then started with Felipe Nasr who took a last driving stint at a great pace crossing the finish line in ninth position taking the team coordinated by Raimondo Amadio in the top ten and in the points, thereby crowning his ELMS debut with a great performance behind the wheel. A conclusion which completely reshaped the fate of the Italian weekend where team and drivers struggled to contain the affection and enthusiasm of the large audience present and the many friends who came to live the home round of the series with Cetilar Villorba Corse, now already with the mind turned to the Le Mans 24 Hours.

For the Italian team the home event was the ultimate test before the great French classic, the Le Mans 24 Hours scheduled for 16-17 June where the team will be the only italian representative entering a prototype in the race

The team principal Amadio said: “Monza has shown that Cetilar Villorba Corse has made a significant step forward. We have built from what had achieved in France at Le Castellet and this has allowed us to always fight for the top positions and to catch up even when situations have been adverse. An important check whick took place in our home event. Nasr was immediately in tune with the crew and the team”.