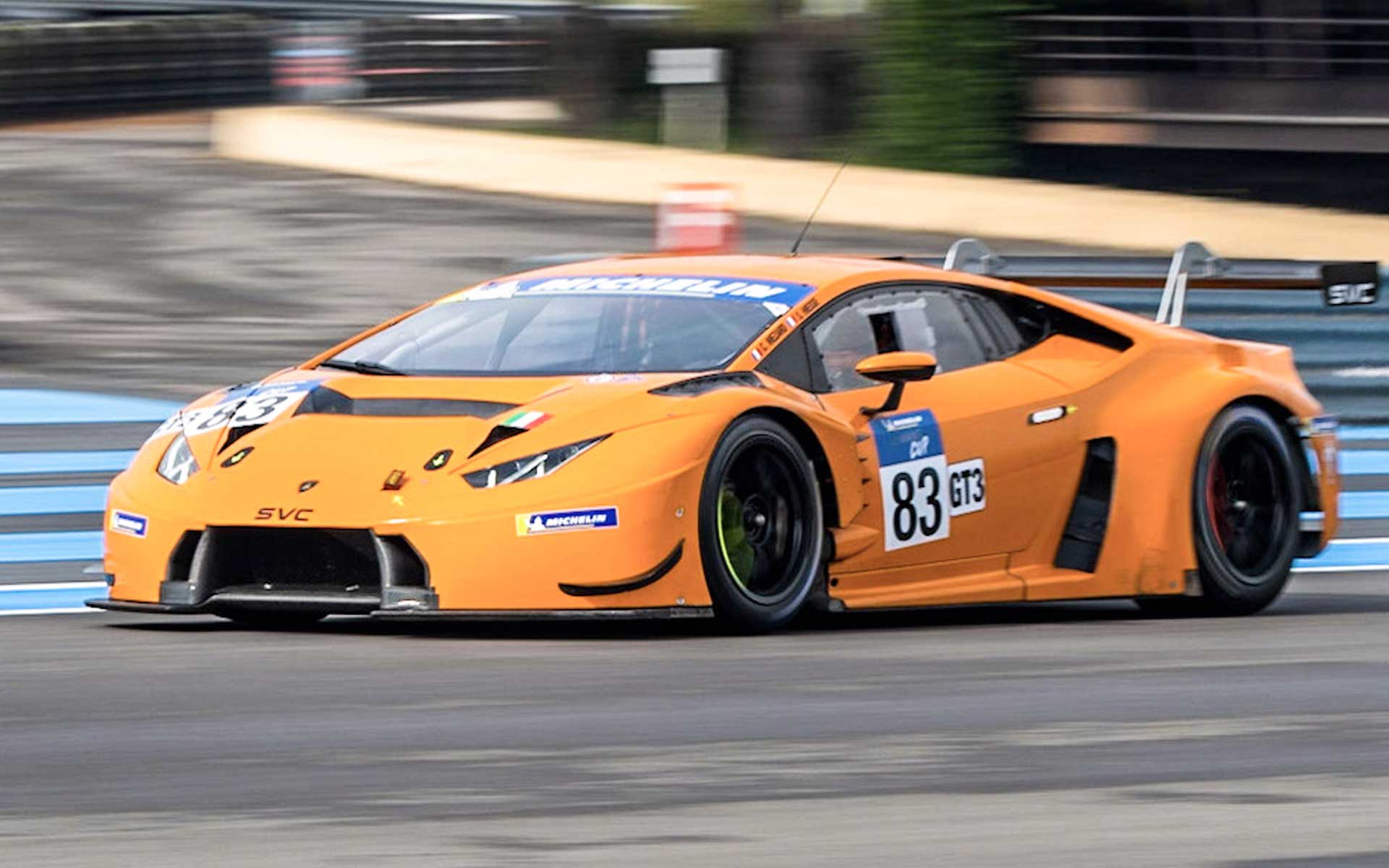 The Italian team took 4th place with Mezard-Hiesse on Lamborghini Huracan at Le Castellet, while only a tire issue put Calamia-Pampanini and the Mercedes-AMG GT3 out of the top-5.

Treviso (Italy), April 15, 2019. At the end of a very challenging weekend Scuderia Villorba Corse scored its first point finish of the season in the Le Mans Cup 2019. On the two-hour race that opened the international championship at Le Castellet the team led by Raimondo Amadio took fourth place with Cedric Mezard and Steve Hiesse behind the wheel of the Lamborghini Huracan GT3. The French crew crowned a concrete comeback from ninth position on the starting grid, while season debut of the Mercedes-AMG GT3 and Swiss crew formed by Mauro Calamia and Roberto Pampanini was ruined in the final part of the race. Calamia / Pampanini were fighting for a top-5 position but, with only 20 minutes to go, their car was forced to stop for a tire issue.

Team principal Amadio says: “Of course we are happy for Mezard and Hiesse and the positive fourth place they achieved, but we are back from Le Castellet not with the global result we expected. It was a pity that the team performance, with both cars well in the top-5, was compromised by the loss of a rear tire on the Mercedes-AMG. We have to accept that racing is like that, sometimes, but, above all, we have to go back to work with even greater determination for our home race at Monza in May”.