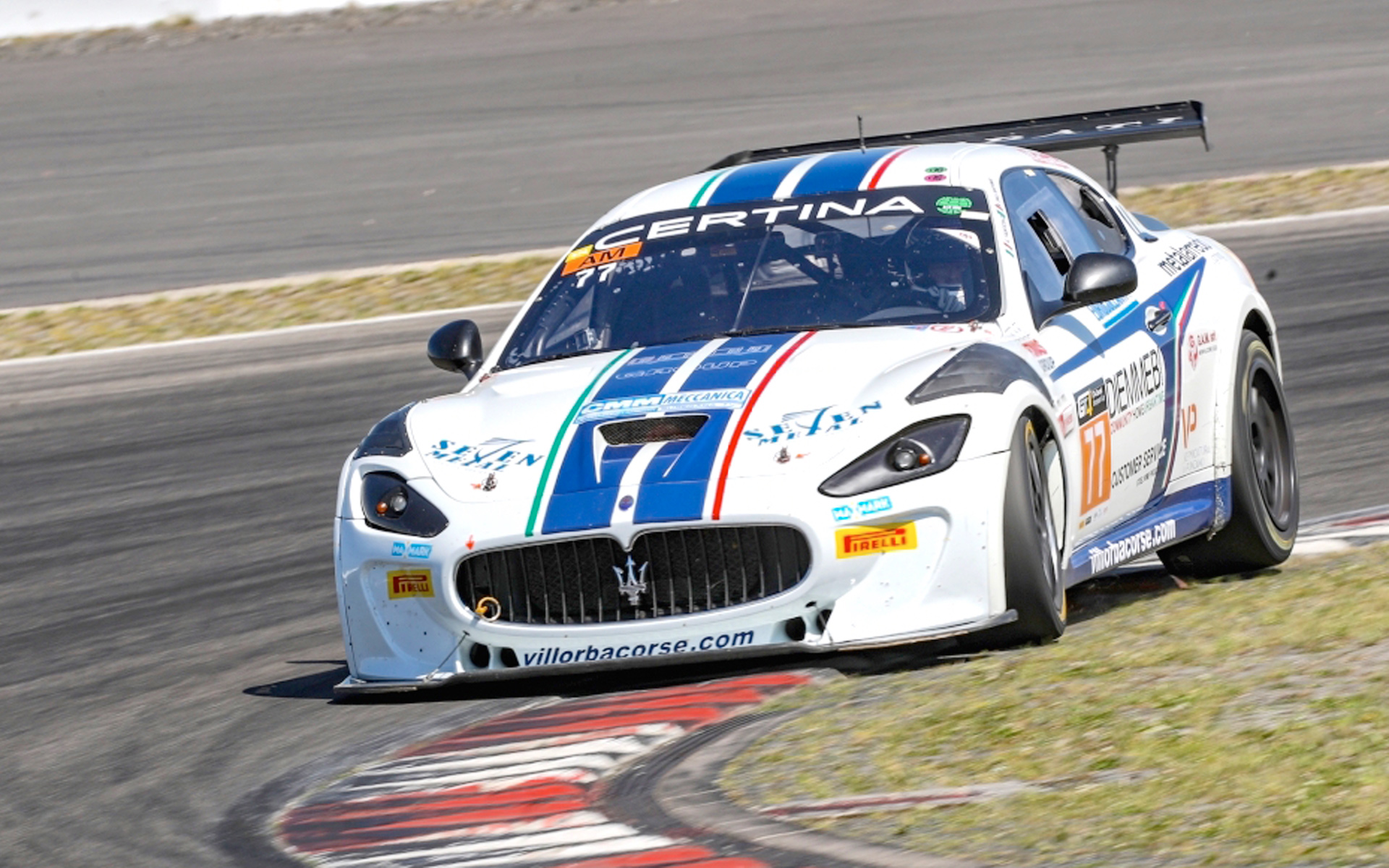 NEWS / CRUCIAL WEEKEND FOR VILLORBA CORSE AT THE SLOVAKIA RING

Italian team with AM Cup leading crew Fascicolo/Dall'Antonia and Polish drivers Chodzen/Chodzen on Maserati in the penultimate round of GT4 Central European Cup from August 17 to 19.

Treviso (Italy),August 17, 2018. On the 5922 meters of the Slovakia Ring, about 30 kilometres from Bratislava, Scuderia Villorba Corse inaugurates the final rush of the 2018 GT4 Central European Cup taking part in the penultimate and crucial round of the series from August 17 to 19. After the wins clinched in Austria at the Red Bull Ring and in Germany at Nurburgring, the Italian team fully confirms its commitment to the competitive international series by lining up two Maserati GranTurismo MC's. The #77 Maserati is entered in the AM class for the Italian crew formed by Giuseppe Fascicolo and Romy Dall'Antonia, who are leading the standings in their category. The other Maserati is for Polish drivers Piotr and his son Antoni Chodzen, who compete in the Pro-Am class. After Friday's free practice, two qualifying sessions will be held on Saturday morning, with race 1 starting at 15:15hs, while Sunday's race 2 will start at 10:50hs. Both races will be broadcast live on official site http://central.gt4series.com .

Team Principal Amadio says: "We lead the AM Cup standings and we are ready for the Slovakia Ring, that last year has seen us doing well and that we already know well. We expect a great challenge, which, as always this year, will see us protagonists against several competitive rivals. We will therefore try to play our cards keeping up the concentration. I hope that the team will be able to get important points in view of the grand finale at Zandvoort".